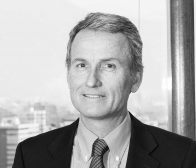 Dag von Appen
Chairman of the Board

Mr. Dag von Appen is Chairman of the Board of Ultranav and Board Member of Ultramar. Mr. von Appen has held several senior executive positions within the company and prior to that also worked in a number of well-known shipping companies abroad. He holds a degree in Economics from the Universidad de Chile in Santiago and also completed the Advanced Management Program at Harvard Business School of Boston (USA). Mr. Dag von Appen is a Chilean and German citizen and resides in Santiago, Chile. 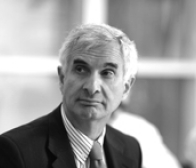 Mr. Enrique Ide has a comprehensive management experience and experience as member of the board of directors of different industrial companies and moreover long-standing experience in the shipping industry. He was CEO of Ultranav for 11 years and is a board member for Empresas Carozzi S.A. and Küpfer Hermanos S.A,. Mr. Ide holds an MBA from the Harvard Business School, he is a Chilean citizen and resides in Chile. 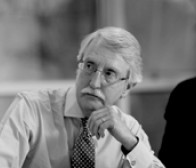 Through his work as a senior investment banker and boards of director positions, Mr. Peter Stokes has long-standing experience in acting as advisor to many shipping companies. Due to his breadth of knowledge, Mr. Stokes is a frequent speaker at international shipping and finance conferences. Mr. Stokes is a British citizen and resides in England. 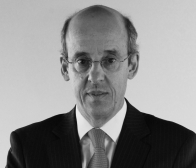 Mr. Guillermo Tagle is a Business Engineer from the Universidad Católica de Chile and holds an MBA from the University of California, Los Angeles (UCLA) and an Adjunct Professor from the Pacific Union College (PUC). He is currently Director of Credicorp Capital and President of the company in Chile since 2015. During his long career, Mr. Tagler was CEO at Santander Investment, and CEO at IM Trust until 2016 where he assumed the Presidency, when it was acquired by the Credicorp Group. Currently, he is President of the Chilean Finance Ministry’s Capital Markets Advisory Board, Chairman of the Board of Depósito Central de Valores, Member of the Boards of Directors of InBest, ICARE and Fundación Teletón, and a former Member of the Board of Bolsa Electrónica de Chile. Mr. Tagle is a Chilean citizen and resides in Chile. 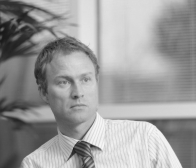 Per von Appen
Board member

Mr. Per von Appen obtained a Business Degree at the Universidad Católica de Chile 1994. After which he took shipping internships, both in Europe and the USA, most notably at Galbraith in London, Oldendorff in Germany and Cape Tankers, Fort Lauderdale. Mr. von Appen was appointed Ultrabulk Executive Vice President, Head of Handysize in 2011, where he was responsible for the impressive growth in acttivities. In 2014, Mr. von Appen was transferred and appointed Executuve Vice President of Transmares. His theoretical education has been complimented via a management development program that included an advanced management program at the Harvard University. Mr. von Appen is a Chilean citizen and resides in Chile.